JACK WELCH AND THE 4E'S OF LEADERSHIP

By Jeffrey A. Krames
Reviewed by Ian Pratt

Jack Welch did for leadership and business what Tiger Woods is doing for golf – raised the bar and set a new standard in performance; a standard that the stock market recognized and rewarded as GE shares, during his tenure, had a “Welch Premium” with GE shares trading at 40 – 50 times earnings, approximately double the average for a large US company.

Through his tenure at GE, running one of the world’s largest corporations, Jack Welch identified the characteristics of a good leader; these characteristics became known as the 4E’s of GE leadership.

A good leader or high performance leader is described, by Jack Welch, as someone who.

Can articulate a vision and inspire others to perform(Energises),

Has the skill to deliver (Executes),

Never fails to deliver the financials.

Leadership and the 4e’s

The 4E leader is someone who has considerable personal energy with a bias towards action; they embrace change with enthusiasm. These people have passion.

Jack Welch proposed that to create energy you need to get rid of the things that stifle energy including meetings, ill conceived projects, poor performing products and bureaucracy.

Planned Abandonment: This concept was first made popular by Peter Drucker who used the term “planned abandonment” to describe the act of getting rid of the things that don’t add value – as with the concept of simplification, planned abandonment can play a pivotal role in freeing up energy and raising productivity.

High energy leaders create an environment where people have a tremendous opportunity to be heard and ultimately for the truth to be heard.

The 4E leader energizes others; they inspire their team to act and spark their employees to perform. (They specifically don’t engage in turf wars, operate in silos or tolerate back biting behavior).

Leaders who energize others have enthusiasm, people respond to them, they bring the best people in and bring the best out in people. These leaders inject people with confidence and give credit when things go right.

Rather than having to have their own ideas the 4E leader energizes by encouraging others to voice their ideas, they surface, celebrate and action the ideas.

They achieve results by taking a genuine interest in their employees, making them feel like they are part of a successful team, building on their strengths rather than focusing on their weaknesses.

Goals: To energize the 4E leader does not micro manage, they give their employees a few clear and simple goals and let their employees determine the level of support they need to achieve those goals.

Stretch Vision: The 4E leader has high expectations; they aim high and ask more of their people than they themselves believe that they can deliver, they don’t allow employees to set low expectations and they ask their employees to rise to the challenge. When employees respond and perform the seemingly impossible tasks, the 4E leader rewards them, Jack Welch would also insist they also reward their staff for missing stretch goals by a respectful margin as a 4E leader views a stretch failure as better than an easy success.

Edge is also about making the Hiring, Promoting and Firing decisions, hiring passionate leaders, promoting the top performers and firing those who don’t live the values or don’t perform.

Management Talent: As Jack Welch discovered, Leaders with edge understand that real management talent is rare and when you find it you need to hang onto it.

The 4E leader is someone who gets the job done, they consistently deliver – not just meeting their targets but in many cases blowing them away. Without an ability to deliver results all other leadership skills are of little value.

Leaders with edge master the job they are in, Jack Welch was specific about this point; they do their job better than anyone else has done it before – because hitting homes runs is the best way to get noticed in a 4E organization.

Any leader or manager worth their salts should be able to answer the following questions.

Knowing the answer to these questions is a prerequisite to execution.

According to Jack Welch the combination of the 4E’s is the complete package, a 4E leader. 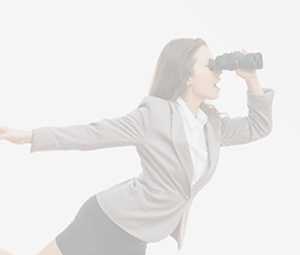